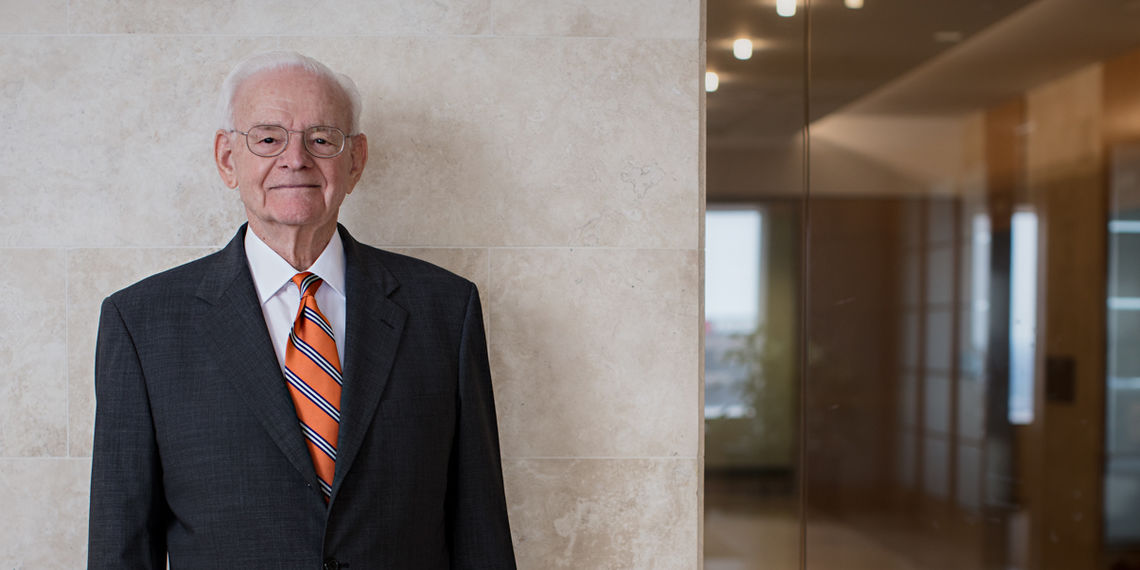 Judge Bechtle is Chief Judge Emeritus of the U.S. District Court for the Eastern District of Pennsylvania. He was appointed to the bench in 1972, and in 1994 he was appointed by then–Chief Justice William H. Rehnquist to a seven-year term as a member of the Judicial Panel on Multidistrict Litigation. He was designated transferee judge for numerous multidistrict cases, including orthopedic bone screw, Fen-Phen, and MGM Grand Hotel fire litigations. During his nearly 30-year tenure as a federal jurist, Judge Bechtle gained national recognition for his service on a series of complex nationwide cases. Before his appointment to the bench, he served as U.S. attorney for the Eastern District of Pennsylvania (1969–1972) and as an assistant U.S. attorney (1956–1959), and was in private law practice in Philadelphia and Montgomery County (1959–1969).

Since joining Conrad O’Brien in 2001, Judge Bechtle has focused his practice on arbitration, mediation, and alternative dispute resolution. His areas of deep expertise include multidistrict litigation, mass tort actions, complex commercial litigation, and class actions. Judge Bechtle also provides counsel and strategic insight to his colleagues, honing their writing and presiding over mock trials, hearings, and oral arguments. Judge Bechtle’s perspective is especially valuable to clients. He prepares written opinions on mock motions to give clients his unique insights on how the judge actually handling a case might approach it, thereby helping clients develop their litigation and settlement positions.

Conrad O'Brien Partners Recognized in Fourteen Practice Areas by "The Best Lawyers in America" 2021 Edition; Two Associates recognized by "Best Lawyers: Ones to Watch" in Their Practices

Conrad O’Brien Partners Recognized in Fourteen Practice Areas by “The Best Lawyers in America” 2020 Edition; Two Recognized as “Lawyer of the Year” in Their Practices

Judge Bechtle is married with three children and two stepchildren. He enjoys traveling and playing golf, with a lifetime membership at St. Davids Golf Club in Wayne, PA.

Judge Bechtle is a presenter and panel member at national conferences concerning products liability, multidistrict, and class action litigation. He was an adjunct faculty member at Temple University Law School, where he taught federal trial practice and trial advocacy for 17 years.