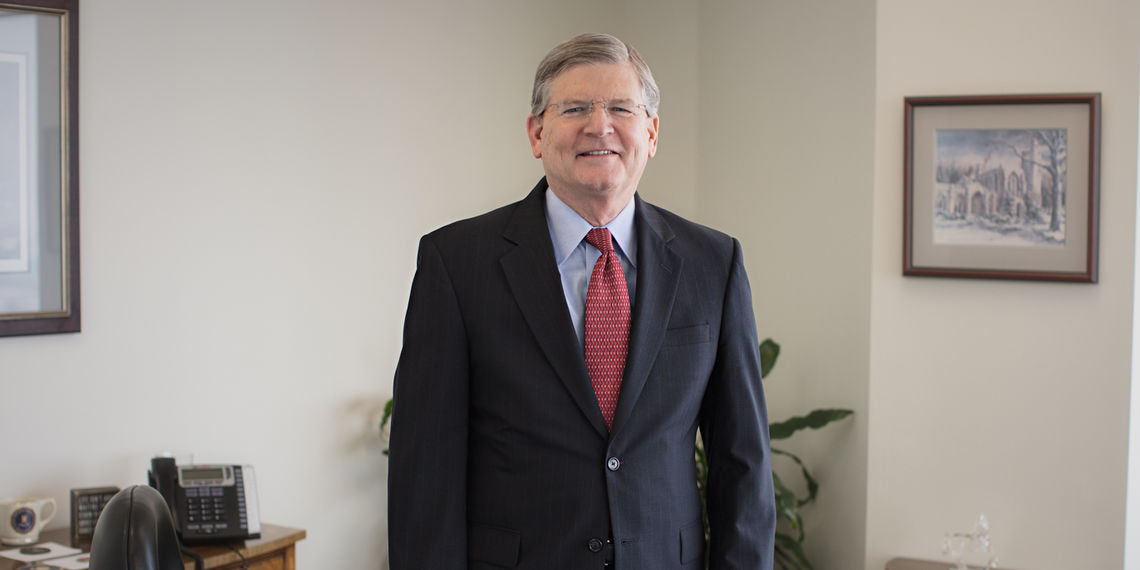 What if the existence of your company was on the line or you were being investigated? You need one of the country’s leading white-collar lawyers.

Jim Rohn’s work has been recognized by the most esteemed assessors of attorneys: he is a fellow of the American College of Trial Lawyers; he is the first PA lawyer in the white-collar category named “eminent practitioner” in 2017 by Chambers USA after 11 years in Band One, White-Collar; he was described in Chambers as “one of the preeminent lawyers in the city,” a “brilliant strategist on investigative matters,” and “esteemed white-collar litigator nationally”; he is recognized in Best Lawyers for Bet-the-Company Litigation.

Success does not come without grit, which Jim demonstrated when he completed his first marathon at age 60. His approach to clients embodies the same long-range thinking and relentless determination that a marathon requires. Rather than just solving problems, Jim’s methods include detection, inoculation, and prevention toward your company’s long-term health. Clients praise his keen listening skills, unique in today’s climate. Jim’s philosophy is to keep clients out of the courtroom with strategic assessment of potential areas of liability and advice tailored to eliminate or reduce exposure.

Jim has decades of experience working inside and outside of government. Jim clerked for the Honorable Louis Bechtle, Chief Judge of the U.S. District Court, Eastern District of Pennsylvania. After serving as an assistant U.S. Attorney in Philadelphia, he rose to First Assistant. While representing the United States, Jim tried several significant and complex white collar cases and argued before the Third Circuit. Jim’s most significant case was chronicled in the film American Hustle, the Philadelphia ABSCAM case.

Jim’s motto is “let’s do life,” which means you are not alone when you work with him. Jim firmly believes that a law firm must not only produce results but also inspire loyalty in clients, distinguish itself in the field, and assemble winning teams. You are part of the team.

Jim joined the firm in 1989 as Managing Shareholder, a position he held for more than 18 years before assuming the Chairman’s role in 2006. Jim has tried and been lead counsel in a wide variety of complex commercial litigation cases, representing clients in civil RICO, class actions, antitrust, insurance, securities, asset recovery, environmental and legal malpractice cases. He has received national recognition for his white collar defense practice, representing companies and individuals in grand jury investigations, internal corporate investigations and regulatory compliance proceedings.

Conrad O'Brien Partners Recognized in Fourteen Practice Areas by "The Best Lawyers in America" 2021 Edition; Two Associates recognized by "Best Lawyers: Ones to Watch" in Their Practices

Conrad O’Brien Partners Recognized in Fourteen Practice Areas by “The Best Lawyers in America” 2020 Edition; Two Recognized as “Lawyer of the Year” in Their Practices

In addition to his practice and Firm leadership role, Jim has actively served the broader community. He was a member of the Board of Directors of the Southeastern Pennsylvania Transportation Authority (SEPTA) (1998–2008), where he was also chair of the Audit Committee (2004–2008). Jim served as a member of the Board of Trustees of the Cornerstone Christian Academy, a mission school for at-risk children in Southwest Philadelphia (1998–2010) where he has also served as chair of the Board (2004–2007). Currently, Jim is a member of the Academy’s Trustee Advisory Board. He served as an Elder of Hope Community Church and has served as a part-time faculty member at Temple University Law School and later Villanova University Law School, where he lectured on trial advocacy. Jim is a long-distance runner who completed his first marathon just in time for his 60th birthday.